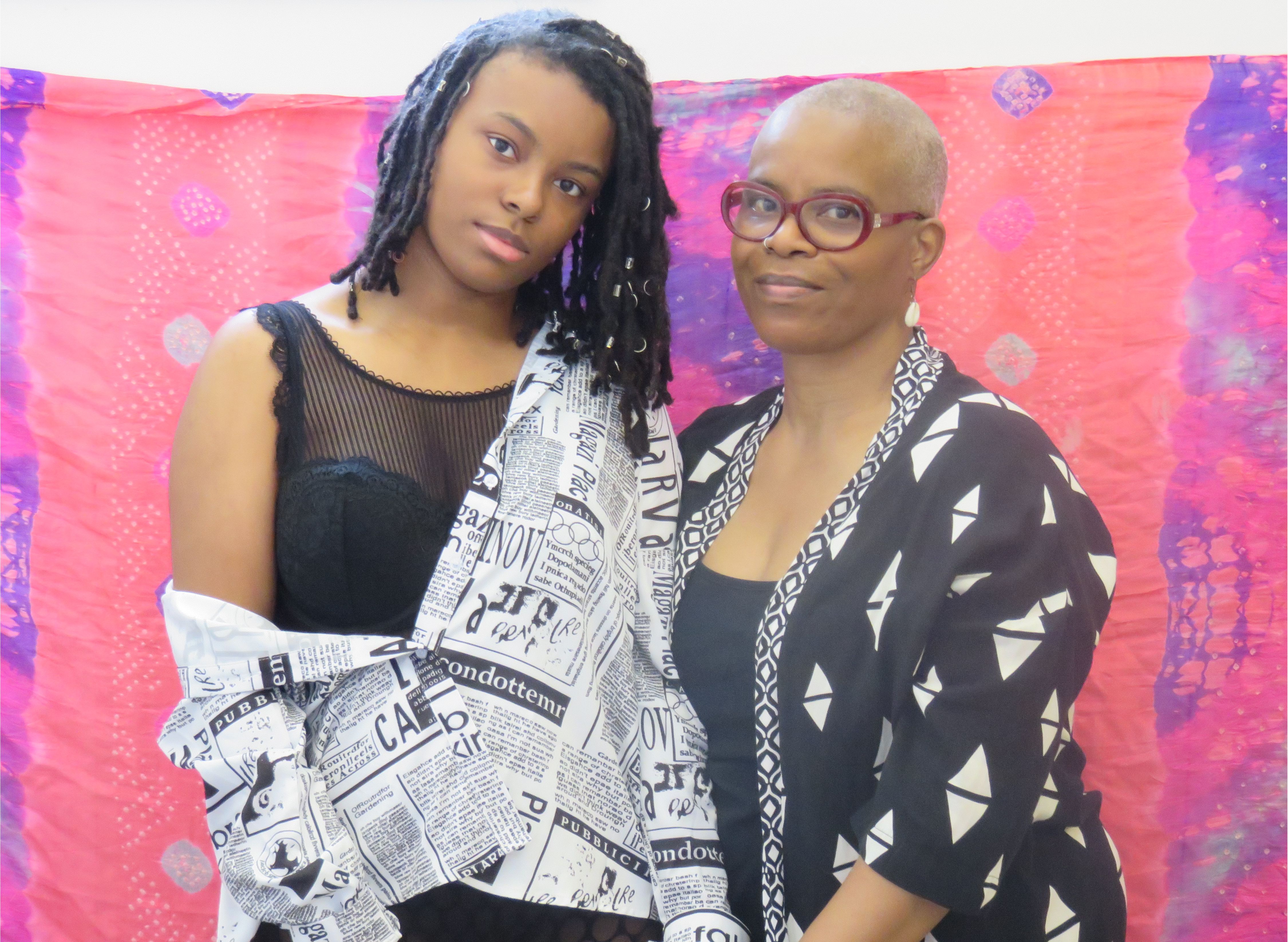 Not Your Average Black Girls

“It's essential to make sure your Black daughter has a platform, or sometimes even a megaphone, in your own home.”  -  Claire Jones

Amaranthia Sepia and Claire Jones are a mother-daughter duo who display exceptional intelligence by expressing themselves through their art. Amaranthia uses her art to start conversations surrounding mental health and social justice through her Emo Bunny Comic and other artistic outlets. Claire is an artist and author who has a book coming out soon and speaks about her journey as a Caribbean immigrant and a Buddhist through her Instagram page.

Question: What were some of the societal differences in going to school as a young Black girl in Japan versus America?

Ama: It was an international school so my race wasn’t really highlighted there because it was so diverse. I mainly hung out with the Japanese kids, so when I came to America, I started experiencing the n-word, and I was shocked. It was like reverse culture shock. I went to an all-White school in Connecticut, and I would be singled out. I couldn’t understand why my race was being highlighted because it wasn’t like that in Japan. The few Black kids I knew in my community would hang out with racist white kids who'd spew racist jokes and language. They never stood up for themselves and thought it was cool to hang with them, so I felt that they'd never stand up for me or be healthy friends. That, combined with being seen as “too white” by other Black kids, made me focus on doing activism around racism on my own.

Ama: I started to gravitate to anthropomorphic animals because I realized I could take the personality of the animal and incorporate it into the character I want to build. So when I created Emo Bunny, I was thinking, well rabbits are known to be very anxious creatures, they tend to freeze up a lot. You have to be very careful with how you interact with them and how you raise them. I thought that was the perfect creature to represent someone with an anxiety disorder. I have been trying to incorporate the minority experience in her character as well, so she’s not only outcasted for her mental health issues but her albinism as well, making her excluded more in her community of rabbits. (Editor’s Note: EmoBunny Comic will be featured in the next issue of Ashe Magazine.)

Q: As someone who struggles with anxiety, how important is it to have your support animal with you? What would you tell other girls struggling with anxiety?

Ama: I’ve been developing the character Serenity for years. One day I went online and found this white cat that looked just like Serenity. This was in the spring and then in the fall she was still available, no one had taken her yet. Her name is Meena Serenity and she even has the same birthday as me! Whenever I have anxiety she is very loving, she gives hugs and kisses and wraps herself around me. Since I’ve gotten her, my anxiety has improved so much. When dealing with anxiety, I would say to find an outlet, find something you are passionate about. Channel those things you are experiencing in those creative outlets.

Q: Does your religion, Buddhism, inspire you to spread positive messages?

Claire: Yes, truly since having a health issue in 2015 everything fell away. The only thing I had left was my practice, so I decided to start “Clarity Is Just So Hip” in 2016. In the midst of that illness, I focused on clarity, awareness, presence, acceptance, and gratitude. I decided that I had to share this awareness that I was feeling inside during this illness. I didn’t know if I was going to make it, but I knew it was important for me to be here for Amaranthia. I was determined to look at my life deeply and change it to be here for her. When I became clear, I became hip with life. I felt grateful for everything and I just started to share drawings and quotes. I started a book titled Sista Survivor: An Immigrant's Spiritual Journey to Legitimacy, and I am hoping to get it published and help people connect with their true selves.

Claire: As Ama came back from Japan to America, I was having a similar experience as her because it was the first time I was in America not existing in an international setting. I had to teach her about riding the school bus, eating at the cafeteria, etc. when I never had this in my childhood since I'm an immigrant from the Caribbean. I had to educate myself about the African American female experience to give her the tools to survive in the U.S. It's essential to make sure your Black daughter has a platform, or sometimes even a megaphone, in your own home.