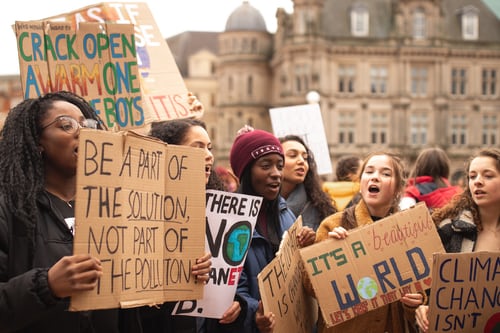 There’s no handbook on this stuff, we get it. And, anti-racism is not taught widely in schools. So, please be willing to entertain the possibility that you could have some blind spots.  If you have not lived in a Black body, and since none of us are exempt from bias, it is entirely possible that you have been unconsciously impacted by racist ideologies.

We think  listening to black voices and following rather than leading is required in order to confront unconscious bias and the perks of privilege.

Good intentions do not always soothe the sting of the trauma triggers produced by unintended missteps.  “Normal” will not happen for us until there is change. We believe it is our responsibility to teach our nonBlack friends and allies how we would like to be loved and supported.

We composed a compilation of stories that depict a condition we at Ashe’ magazine call, Leaky bias. These stories  may at times, drip cringe, but  we hope that by reading, you will be able to apply empathy and critical thought within the safety of our pages.

A team of “progressive” educators taught a group of middle schoolers a World History Unit. The unit contained lessons where the students simulated scenarios that the teachers believed to be authentic to the culture and lifestyle of the region. The beliefs held by the “progressive” teachers may have had the opposite of the intended effect.

“There was an African simulation and an Indian simulation, The African simulation involved the students crawling around and climbing on desks, as well as getting eaten by alligators. The Indian simulation involved students running around and stealing things from each other. The problem with this is that in the Roman simulation there were monks, so we were very calm, doing activities like cleaning, and paying taxes. In comparison to the regions where darker skinned people lived, it sent the message that in places like Europe, where white people lived, people were more peaceful and civilized and that places like Africa, where darker skinned people lived, they were dangerous and uncivilized.

Trauma trigger: The view of spaces inhabited by people of a darker hue, as inferior or subpar is deeply rooted in racist ideology.  Without careful examination of the stereotypical or one-sided portrayal, a fun and innovative unit was set up. Dishonoring the landscape, religions, intellectual property and resources, rather than treating each as unique, and worthy of study and respect, is much like what occurred during the Middle Passage and chattel slavery when enslaved Africans were denied their tribal affiliations, native languages and their spiritual systems were erased, replaced and demonized.  The phrase “white gaze” means looking at the world through a Eurocentric lens without awareness of when that lens has an air of supremacy. When the white gaze is the only perspective that we hear and see, generation after generation, the impact is what Dr. Joy De Gruy refers to in her book Post Traumatic Slave Syndrome, as “vacant self esteem.” This is when what she calls “primary esteem” does not develop properly causing feelings of hopelessness, depression and a general self destructive outlook.

“The white gaze.  White people must hold themselves accountable when consuming Black content. . .  It occurs when people view Black creations under the scope of white ethnocentrism, which involves the idea of looking at one’s own culture as the highest standard of ‘good’ culture.”

Representation matters. It’s been said before, but it’s not enough to represent and tokenize.  It’s not enough to be occasional, or even be remembered as an afterthought. Inclusion is about seeing so much value in a person or thing, that that person or thing becomes the first thought, the central focus or the foreground from jump.  What would it do for your confidence if you were always the first one picked for the team- if you knew you were a shoe in every single time? If people recognized how good you were and always wanted you?

Here’s another exercise.  How would a world that placed primary emphasis on Black people feel? Try to picture that for a minute, what if Black people were the automatic and first choice, the most popular image, and the default setting in most situations?  It’s hard to imagine how that would be fair right?  Welcome to our world.  We would probably call that supremacy. We think these memes do a great job of illustrating our point.

Here’s what happens when we don’t give specific thought to centering, foregrounding and amplifying Black voices. . .

A summer, youth Shakespeare program produced a dramatic interpretation of Macbeth. Auditions were to be held for casting. Things got tricky when a Black program enrollees auditioned for a principal role that the director had planned to cast “traditionally.”

“I knew I had nailed the audition when, after I broke character,  I looked at the auditioners faces and their mouths were open. The lady at the table asked me how long it took me to memorize my piece.  She said, ‘With this being a day camp, I wonder how you had the time.’  I heard another one say. ‘Stunning portrayal.’ They were looking at each other with surprise, and I thought as I left the room that it was a good sign. Some of my peers who had been in the hallway eavesdropping were like, ‘there’s no way you don’t get Lady Macbeth.’

When I checked the cast list the next day, I saw my name next to the Third Witch. I asked the director what I could have done to give a better audition. He said, “it was nothing that you did, it just wouldn’t be historically accurate to cast you as Lady Macbeth.” I wondered if the Third Witch was Black historically, or was I just a fool to ever think I could play Lady Macbeth.

“For people of color, imposter syndrome isn’t just an imaginary voice in our heads. We receive almost daily messages from society that we don’t truly belong.”

Trauma triggers: Have you heard of  the Imposter Syndrome? The fear of being an  incompetent failure. Black people often worry about measuring up despite evidence that indicates they’re skilled and quite successful. Feeling pressed to work harder and longer to prove their worth.

“A study conducted by Kevin Cokley, a professor at the University of Texas at Austin, found that imposter syndrome can add to the stress minorities already feel.”

We were in Monterey waiting to rent some electric bikes so our family could ride the bike trail. A crowd of customers were waiting. We were standing next to another family, they were Brown skinned people, and they were standing next to a returning customer, a single white man. All of us were waiting for assistance when a disgruntled white man and his riding companion walked their electric bikes up. Bypassing all of us in line, and complaining that he had been riding the trail and his battery had lost power. The disgruntled white man demanded to see a manager, but the customer service reps had  just walked inside. With all of us just standing around waiting, he was forced to guess “who might be in charge here.”

He bypassed all of us POC folks who were waiting, and walked directly up to the single white man who was also waiting for assistance. “Do you work here? You look like a person who has some authority.”

Zee looked at me and jokingly asked, “How does he know that we aren’t the owners?” I answered jokingly, “Yeah, this might be a family owned business.”

The Brown skinned family conceded to the single white man, “You do look like you own the place.”

Without any uniforms on,  I’m not sure how any of us in casual clothing could look like we owned the place, except that one of us was white and male.

Carla Wallace, who is white, doesn’t like the term “ally.” She’s a co-founder of Showing Up for Racial Justice, an organization focused on mobilizing whites to work for an end to racism and white supremacy. “I don’t use the word 'ally' because that tends to create a situation where I’m helping someone else."

It's not her help that's needed, she said. “. . .It’s about me joining whatever power I have with the power that black and brown people have. It’s about, what is our mutual interest in working for a different society ... We must move from it being something that we do when we have time on a Saturday to something that we do because our lives depend on it.

Center- to place in the middle, direct focus and attention by making major, foregrounding or making visible

Elevate- to raise or lift to a higher position, giving respect and a place of importance, holding sacred

Amplify- Cause to become more marked or intense, to increase hearing or potential for hearing

Discussion of racial stereotypes and attitudes in a safe format would allow people to explore and possibly get rid of old stereotypes. Individuals can examine their prejudices and “leaky biases” within themselves while giving themselves grace and empathy.